With this simple pattern you can crochet a sweet panda. The crochet panda Mao loves bamboo and is done by yourself very fast. You can use him as decoration or plush toy.

Here you find the size specifications for the biggest Panda without ears. 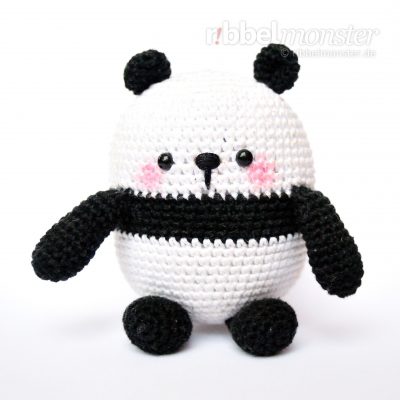 For the biggest panda  we first crochet the body and than the arms, legs, tail and ears. Then all parts will be sewn together, the nose embroidered and the cheeks get painted. 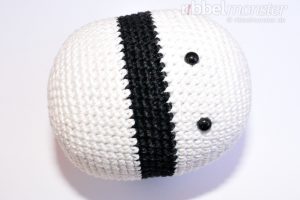 The body for the biggest panda we crochet from top down in spiral rounds with only single crochet stitches (US!). 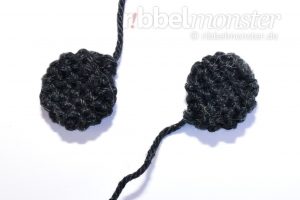 Now we like to crochet the ears for the biggest panda. We start from top and crochet in spiral rounds with only single crochet stitches (US!) downwards. The ears wont be filled, but folded flat and sewn with the opening facing to the body later. 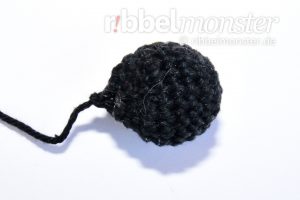 For the biggest panda we also crochet a tail from back to tip in spiral rounds with only single crochet stitches (US!). Later we sew it with the opening facing to the back with the thread ends. 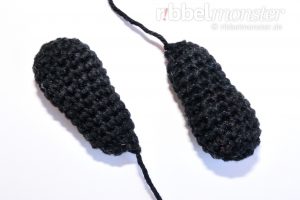 The arms for the biggest panda will be crocheted from the finger tips up in spiral rounds with only single crochet stitches (US!). 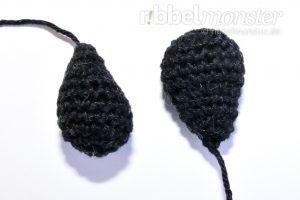 The legs for the biggest panda we crochet from bottom up in spiral rounds with only single crochet stitches (US!).

After all parts are finished we only need to put them together. First you should do this with pins, so later everything will fit well. 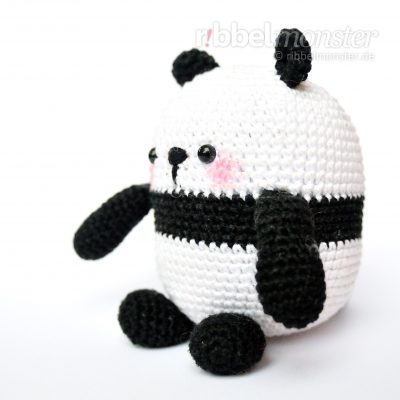 You will start with sewing the arms. Fold them flat and sew them with the opening horizontally around the first black round. Each arm has a distance of 4 stitches to the outer edge of the eyes. For sewing you can use the thread ends. 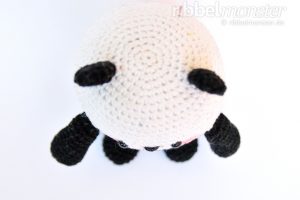 Next fold the ears flat and sew them with the opening to the head. They are sitting on the head between the 6th and 9th round. They are in a line from the back side of each arm and the middle of the head. 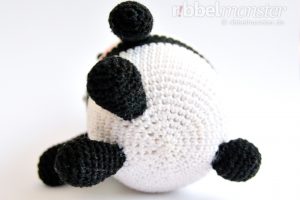 Next also the legs will be folded flat and sewn around the 34th round at the bottom of the body. The legs should have a distance of 4 stitches to each other and you can use here the thread ends as well. 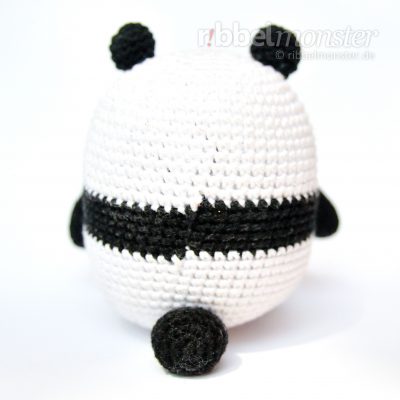 Now you can also sew the tail with the thread ends. Place it on the back and sew it horizontally around the 31st round. The tail is the counterweight to the body, so the panda can be seated. 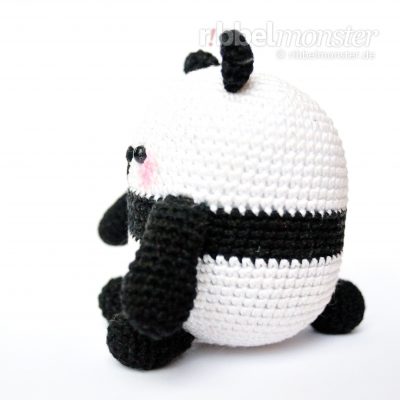 Then you embroider a nose with black Darning Yarn. Just stitch horizontally around 2 stitches between the eyes until the nose has the correct size. 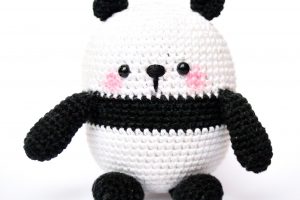 Then you also embroider a line from the middle of the nose downwards to the body. At least take some rose paint and colourize some cheeks.

Finished is your self crocheted panda. I hope it will make you happy! 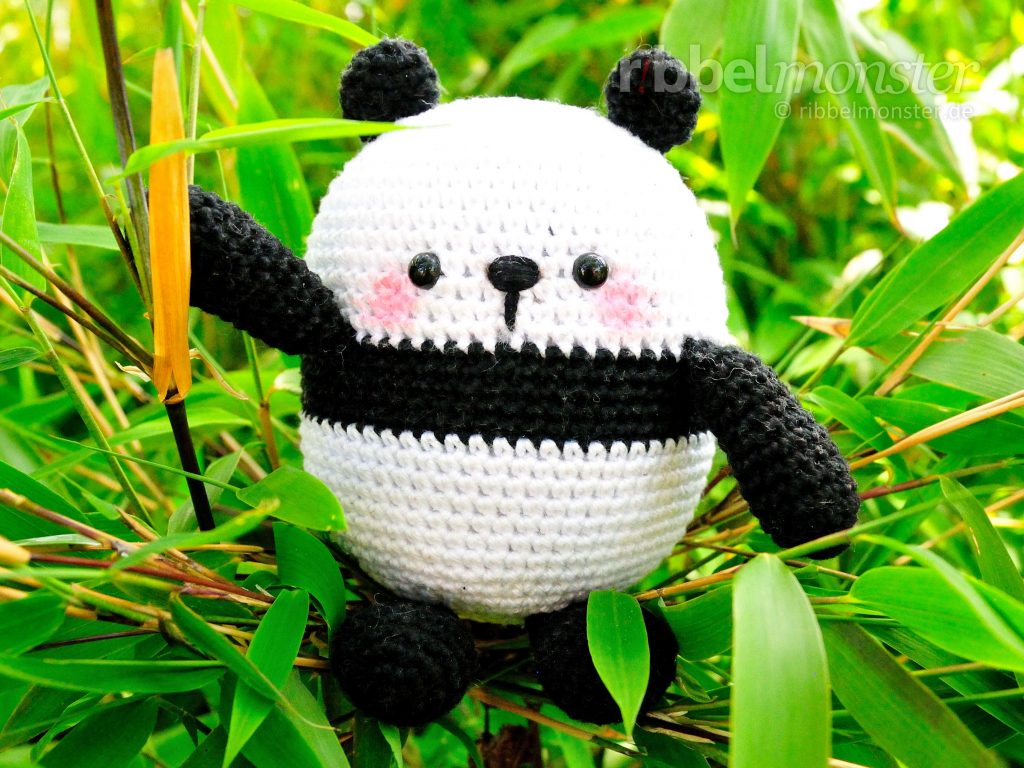